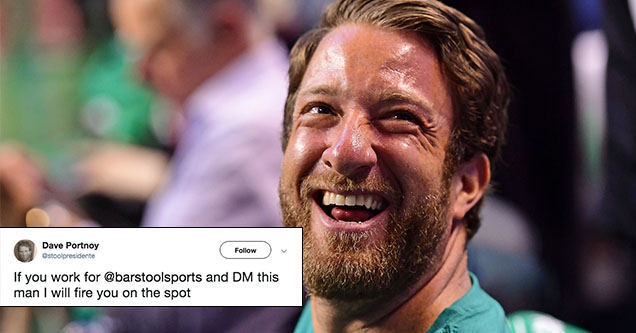 Barstool Sports founder Dave "El Presidente" Portnoy took to Twitter to make light of the fact that the staff members of Sports blogging site The Ringer want to unionize by reposting on an old piece he wrote back in 2015.

In comes Rafi Letzer, who offers to chat with anyone at Barstool interested in unionizing.

If you work for Barstool and want to have a private chat about the unionization process, how little power your boss has to stop you, and how you can leverage that power to make your life better: my DMs are open.

Then this is where Dave drops the bomb.

If you work for @barstoolsports and DM this man I will fire you on the spot https://t.co/u9vG3VgfV1

Anybody who hires this lawyer will be  fired immediately and I will personally sue you for damages and back wages. https://t.co/wxg3odCWUk

Me too.  Just so I can crush it and reassert my dominance. https://t.co/DoLl61wRVW

That single tweet, which was likely a joke, set off a chain of events that got even AOC involved among others.

If you’re a boss tweeting firing threats to employees trying to unionize, you are likely breaking the law &can be sued,in your words, “on the spot.”

ALL workers in the US have the protected freedom to organize for better conditions.

The NLRA prohibits bosses from engaging in unfair labor practices including "interfering with the formation or administration of any labor organization." #1u https://t.co/fUWzbcRCep

And we're left with this gem:

As reported by The Daily Beast, The National Labor Board will be investigating Dave Portnoy's tweets about firing employees "on the sport" if they contacted @RafiLetzer about unionizing.

A group called the Committee to Preserve the Religious Right to Organize has also filed charging papers with the NLRB. The seek, "that Mr. Portnoy be required to tweet and otherwise publicize his severe and sincere apology and to post the appropriate Notice on the public website."

The NLRB has acknowledged the filing, and a letter has been sent to Barstool Sports awaiting a response. 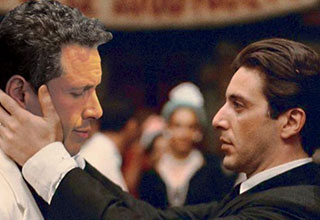